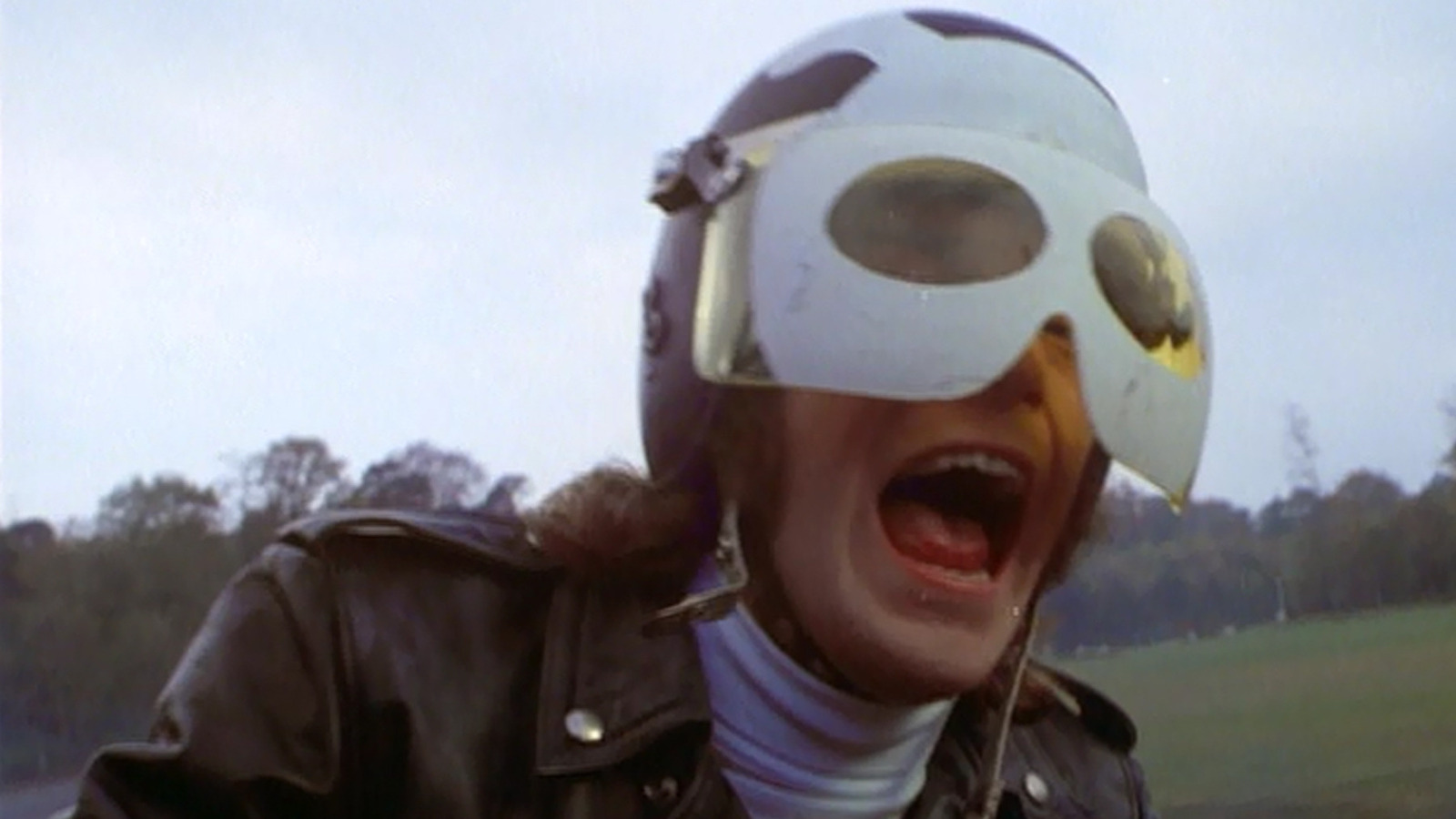 When “Psychomania” wasn’t being filmed at Shepperton Studios, the exteriors were shot in Walton-on-Thames, where the gang seems to have gotten its middle class members. Only two years removed from Stanley Kubrick’s adaptation of “A Clockwork Orange,” the stylish Droog gang, with their degraded upper-class uniform pieces like the bowler hat and cricket codpiece, seemed more of a spiritual inspiration than an aesthetic one for this new, hip band of outlaws. The ringleader is the fanciest lad of the group, Tom Latham, who lives in an opulent home with his spiritual mother (Beryl Reid), who provides medium services for free. Both are waited on by an eloquent domestic worker, the everlasting (and never-aging) Shadwell, played by the illustrious George Sanders in his final film role.

“Psychomania” operates from the jump under the conclusion that the paranormal world exists, and wastes no time trying to explain its devilry. Latham Manor is a place steeped in black sorcery; when a grateful client attempts to gift Shadwell an heirloom crucifix, he reacts like a vampire might (pretty sure he’s not). When Tom dies later on (not a spoiler), Mrs. Latham treats her son’s violent death by suicide with all of the casual detachment of making brunch plans. Death is an old friend at Latham.

Would the movie be remade today, this casual, innate acceptance of the supernatural would be a treat to genre-worn moviegoers who know the rules and don’t need primers anymore. Just drop them into the fictional Surrey Stonehenge (a mystical rock formation called The Seven Witches in the movie) with the Frog God and the Celtic witchcraft — as long as composer John Cameron’s funky psychedelic soundtrack brews alongside the happenings, no one has to convince the audience to suspend their disbelief to get a ticket for the ride.