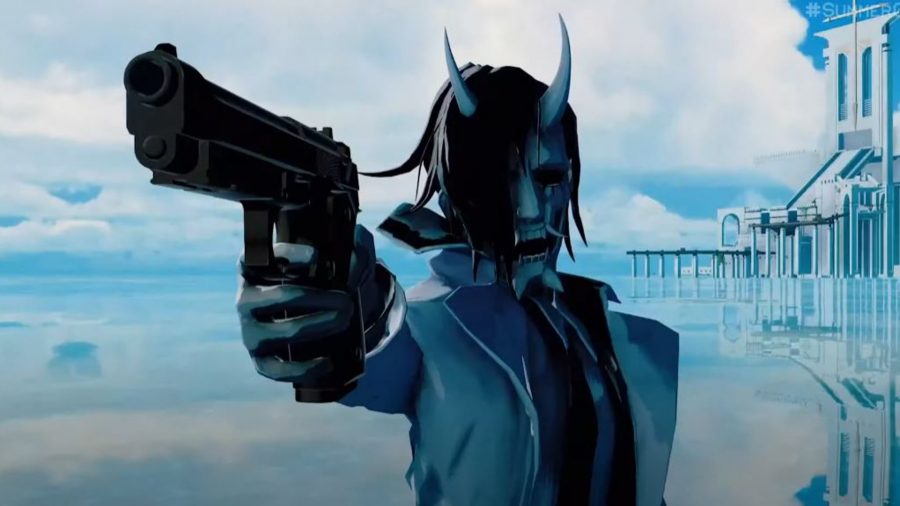 The bulk of Summer Game Fest is now behind us – what a week, eh? – and now it’s time to pause, reflect, and write copious amounts of release date guides on the games that were highlighted in all the showcases.

But which newly revealed games, announcements, and gameplay trailers really stood out to The Loadout staff? What really blew us away or caught us off guard during the likes of Geoff Keighley’s Summer Game Fest show or the Game Pass-centric Xbox and Bethesda Games Showcase? And which moments simply made us say ‘wow’?

We’ve always been proud of our wide range of gaming tastes here at The Loadout, so expect a varied range of highlights. We know there are still a few more shows to go, but with most of the action now done and dusted, let’s have a look at our personal highlights from the crazy week that has been Summer Game Fest 2022. Neon White is hard to fit in a single box. Its own creators describe it as a “heavenly, single-player, card-based speedrunning FPS for freaks, by freaks.” Due to that description alone, Neon White is easily my most-anticipated game of the remainder of the year. The breakneck gameplay offered up in the release date trailer we got at Summer Game Fest, matched perfectly with Machine Girl’s digital hardcore beats is something I absolutely cannot get enough of.

Between its intriguing combat system, being able to unashamedly simp for and shower its characters in gifts – their designs themselves remind me of Bleach’s a little bit – and that amazing soundtrack tease, it’s definitely the coolest premise for a game I’ve seen in some time. Plus, what’s a more enticing pitch than getting to play as a trained assassin hired by God to deal with Heaven’s little demon problem? Get in me.

Although it’s early days yet, Neon White has the potential to be a standout game in 2022, and one of the best Nintendo Switch games on the market. Ever since I found out Joe was too young to enjoy the first Dead Island game, the arrival of a new Dead Island 2 trailer is all I’ve talked about. I’ve posted the masterpiece that is the Dead Island trailer in Slack several times, I’ve listened to the game’s official music video more times than I care to remember, and I’ve forced Joe to pick up the game for the sweet, sweet price of £1.49.

I rarely get hyped for announcement shows since they largely leave you feeling disappointed after, but all the chatter online about Dead Island 2 finally making an appearance since its original announcement eight years ago had me pumped. When I saw those white trainers grace my screen during the Summer Game Fest Showcase, my heart began to pound. This was it, I thought. Until it wasn’t. I’d fallen for the bait.

And you know what? I’m not even mad about it. My hat goes off to Coffee Stain for what has to be one of the best parody trailers we’ve seen in years. Who’d have thought I would have watched a Goat Simulator trailer willingly? Not me. But I have – and I hate to say it – I loved it. Dead Space is a franchise that has eluded me. Hearing people talk about it with reverence has made me curious as to what made it so good. But, instead of looking backwards to the original trilogy, after Summer Game Fest I am finding myself looking ahead to The Callisto Protocol.

The gnarly and gory horror game from Glen Schofield, one of the original creators of the Dead Space franchise was easily my highlight of this year’s season of summer events. The initial trailer from the State of Play on June 2 was a cinematic marvel. But, the extended trailer at the Summer Game Fest Showcase really shoved the sheer brutality of the game in your face, and in full next-gen quality.

Sci-fi horror has felt lacking recently, but The Callisto Protocol looks like one of the most exciting blends of action-horror in years, and I can’t wait to be horrifyingly murdered on the desolate cliffs of Callisto. 1,000 planets? One. Thousand. Planets. It’s a stat that I can’t seem to shake out of my head, and it was the kind of epic parting shot from Starfield that we expect a leather jacket-clad Todd Howard to deliver at these kinds of showcases.

While I admittedly did wake up the morning after with a slight Starfield hangover, worrying whether its vast scale will compromise the game’s quality, those 15 minutes during the showcase were certainly the most exciting of Summer Game Fest for me, and the 1,000 planets line was the cherry on top.

(Also, a special mention to Riot Games for its surprising and rather generous Game Pass partnership – that was a real jaw-dropper) Last year, a little known indie game called Echo Generation slipped onto Game Pass from the Canada-based Cococucumber. You control a group of kids in exploration and turn-based combat akin to the Final Fantasy games in a small town in the early 1990s. Its voxel art and synthwave soundtrack are amazing, and the whole game has straight up Stranger Things vibes.

Ravenlok, the team’s new game announced at the Xbox and Bethesda Games Showcase, takes everything it learned and puts it into a fairytale coming-of-age adventure and I couldn’t be more excited. I want more Cococucumber, and I want it now. Despite all the big-name games at that showcase, it is Ravenlok that my mind keeps returning to. It’s certainly one of my most anticipated upcoming Xbox Series X games. Whether it’s the harsh banter between Rick Sanchez and Morty Smith, Lemongrab’s shrill screaming as he clings to authority in every situation, or Trover’s judgy observations in Trover Saves The Universe, I can always count on Justin Roiland’s unique brand of humour and versatile voice acting to get a laugh out of me. So, when Squanch Games’ High on Life was announced during Microsoft’s Xbox and Bethesda Games Showcase, it’s safe to say that my interest was piqued.

High on Life is throwing players into a universe where humans are sold as drugs, tasking you with taking down the “entire alien drug cartel”. However, it’s so much more than that. You’re also being asked by your – checks notes – talking alien gun to – checks more notes – save his friends, who are also talking alien guns.

It’s a game that looks just about as bonkers as it sounds and, and during a Summer Game Fest full of space games, it’s easily one of the most visually striking offerings out there. High on Life looks like a lot of fun and, with any luck, it will make the most of Roiland’s creative genius to make an experience as unforgettable as his iconic voice.

So that’s what team lime green made of this week’s announcement extravaganza, but what was your highlight? Let us know on socials.