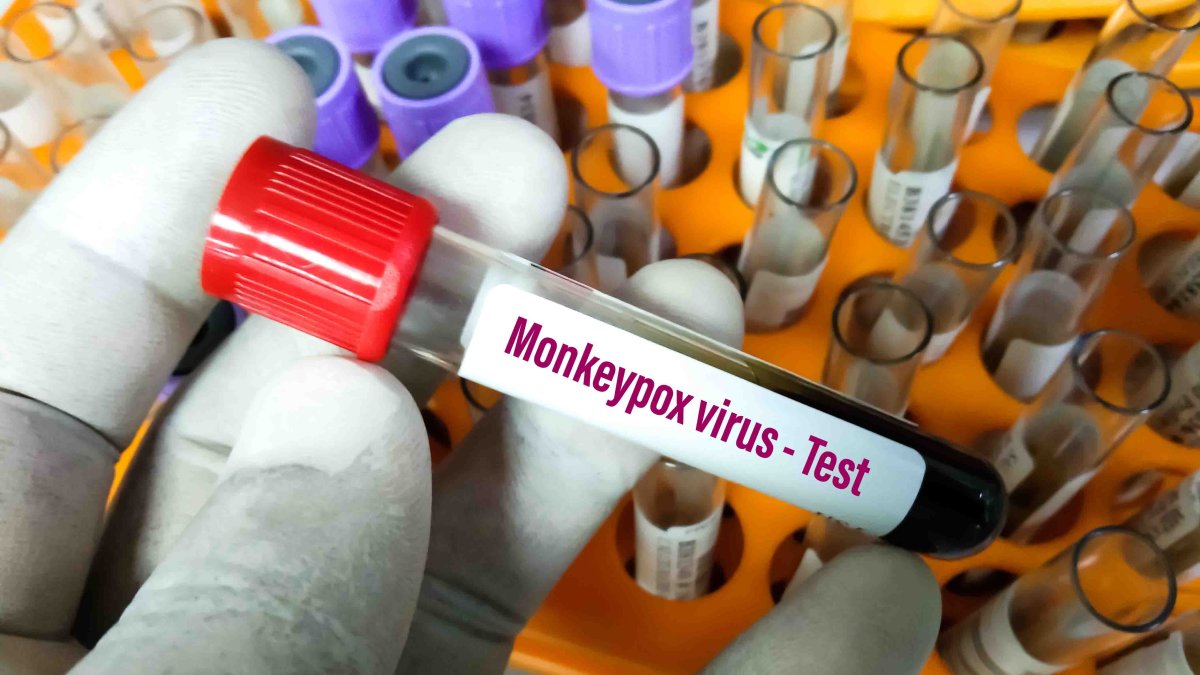 Health officials in Illinois have reported more suspected cases of monkeypox as U.S. cases continue to balloon, with two more cases believed to be detected in Chicago amid warnings in the city.

As of Thursday, the Illinois Department of Public Health said it had identified 10 total cases in the state – one in DuPage and nine in Chicago – though only eight have been confirmed by the Centers for Disease Control and Prevention so far. Health officials said they are working to identify anyone who may have been exposed in the latest cases.

The numbers mark a rise from the eight reported earlier this week as Chicago health officials issued warnings ahead of summer gatherings.

Meanwhile, the U.S. has reported 84 cases of monkeypox across 19 states and the District of Columbia, making it the country’s largest monkeypox outbreak ever.

Monkeypox is a rare, but potentially serious viral illness that often begins with flu-like symptoms and swelling of the lymph nodes, and progresses to a rash on the face and body, health experts said. It was first observed in Africa in 1970, and is usually found in western and central portions of the continent.

The CDC is on alert after cases of the virus were reported in several countries that typically do not report monkeypox cases, including the U.S.

The agency released new guidance Tuesday about how to identify monkeypox during this outbreak, based on the symptoms doctors have observed so far. Some recent infections have presented differently than past cases in Africa, where monkeypox is endemic in 11 countries.

In a news release Monday, the Chicago Department of Public Health said seven of the city’s cases involved individuals who recently traveled to Europe, and the first two cases appeared to be related to each other, health officials said.

One Chicago resident was diagnosed with monkeypox after attending the International Mr. Leather conference, which took place from May 26-30 in the city, and other cases connected to the event have been reported.

Another case was reported over the weekend in DuPage County in a man who had traveled internationally to a country which has also reported monkeypox infections recently, the DuPage County Health Department said.

According to Northwestern Medicine infectious diseases expert Dr. Robert L. Murphy, over 95% of cases in Europe, Canada and the U.S. are in LGBTQ individuals, specifically hitting the community of men having sex with men. Health experts warned, however, that the virus is not limited to that community and “not all Chicago cases have been among men.”

In a news release, CDPH Commissioner Dr. Allison Arwady said even though the risk is “low,” CDPH wants the public to make informed choices about gathering in spaces where monkeypox could be spread through close contact.

Individuals attending festivals or other summer events should consider how much close, personal, skin-to-skin contact is likely to occur at the events they plan to attend, according to health officials. If someone feels sick or has rashes or sores, CDPH recommends not attending a gathering, and visiting a health care provider as soon as possible.

The virus is rarely lethal, with symptoms ranging from fever, aches and rashes all over the body.

CDPH said person-to-person transmission is possible through “close physical contact with monkeypox sores, items that have been contaminated with fluids or sores (clothing, bedding, etc.), or through respiratory droplets following prolonged face-to-face contact.”

Virus symptoms range from fever, aches and rashes all over the body.

“Suspected cases may present with early flu-like symptoms and progress to lesions that may begin on one site on the body and spread to other parts,” CDPH stated.

Here’s what IDPH said residents and health care providers should watch for:

What people should do:

• People who may have symptoms of monkeypox, particularly men who report sex with other men, and those who have close contact with them, should be aware of any unusual rashes or lesions and contact their healthcare provider for a risk assessment.

What healthcare providers should do:

• If healthcare providers identify patients with a rash that looks like monkeypox, consider monkeypox, regardless of whether the patient has a travel history to central or west African countries.

• Do not limit concerns to men who report having sex with other men. Those who have any sort of close personal contact with people with monkeypox could potentially also be at risk for the disease.

• Some patients have had genital lesions and the rash may be hard to distinguish from syphilis, herpes simplex virus (HSV) infection, chancroid, varicella zoster, and other more common infections.

• Isolate any patients suspected of having monkeypox in a negative pressure room, and ensure staff understand the importance of wearing appropriate personal protective equipment (PPE) and that they wear it each time they are near suspected cases.

• Consult the state health department or CDC’s monkeypox call center through the CDC Emergency Operations Center (770-488-7100) as soon as monkeypox is suspected.