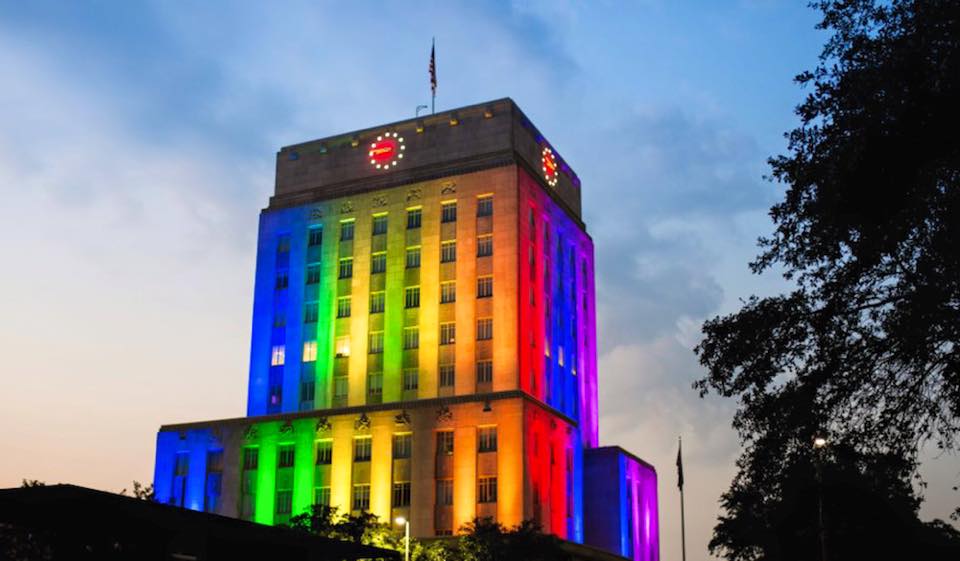 The Bagneris – A Pride Ball Honoring Larry Bagneris, Jr.
At 7 p.m., head downtown to the Petroleum Club for a Pride ball honoring Larry Bagneris Jr. hosted by LGBTQ activist and historian Harrison Guy. Bagneris is the founder of Houston’s LGBTQ Pride parade and the first elected Black president of the Houston LGBTQ+ Political Caucus. Individual tickets are $100 and all proceeds go to the Charles Law Community Archive. Keshet Houston’s Annual Pride Shabbat Dinner
At 7 p.m., Keshet Houston celebrates LGBTQ Pride with a festive dinner at Congregation Beth Yeshurun. Those who wish to attend must RSVP and pay the $10 dinner fee in advance. Big Queer Quiz! Pride Charity Trivia
At 6 p.m., join Grace Place for an LGBTQ trivia night at Houston Cider Company. During the event, get a sneak peek of Grace Place’s new merch before it goes on sale during Houston’s LGBTQ Pride celebration. There is a $5 suggested donation, and a percentage of drink sales will be donated to Grace Place, an LGBTQ-affirming drop-in program for youth experiencing homelessness. Rainbow on the Green
At 7 p.m., Discovery Green’s Rainbow on the Green is back in person with performances by award-winning local drag queens, America’s Got Talent finalist Christina Wells, and headliners The Kinsey Sicks. Presented by Legacy Community Health, the event will also honor the courageous families in Houston who spoke out against the Texas legislation banning medical treatment for trans teens.

Queer Fringe Houston
At 8 p.m., the Pilot Dance Project kicks off its two-day Queer Fringe Houston event with a screening of Friday I’m In Love at MATCH. The film, created by Marcus Pontello, chronicles the history of Numbers nightclub. The events continue on Sunday at 7:30 p.m. with all-new works by some of Houston’s most acclaimed queer performance artists, including Jadd Tank, Urethra Burns, and Guanders the Drag Queen. Houston LGBTQ Pride Celebration 2022
Starting at noon, Pride Houston 365’s celebration returns to downtown Houston with an afternoon festival and evening parade in front of City Hall. General-admission tickets to the festival are available online and at the entrance. The evening parade is free. Pride Survivor Party
At 4 p.m., cure your Pride hangover at BUDDY’S. DJ Easton will be on the turntables, and there will be drink specials for those who want to keep the Pride party going.