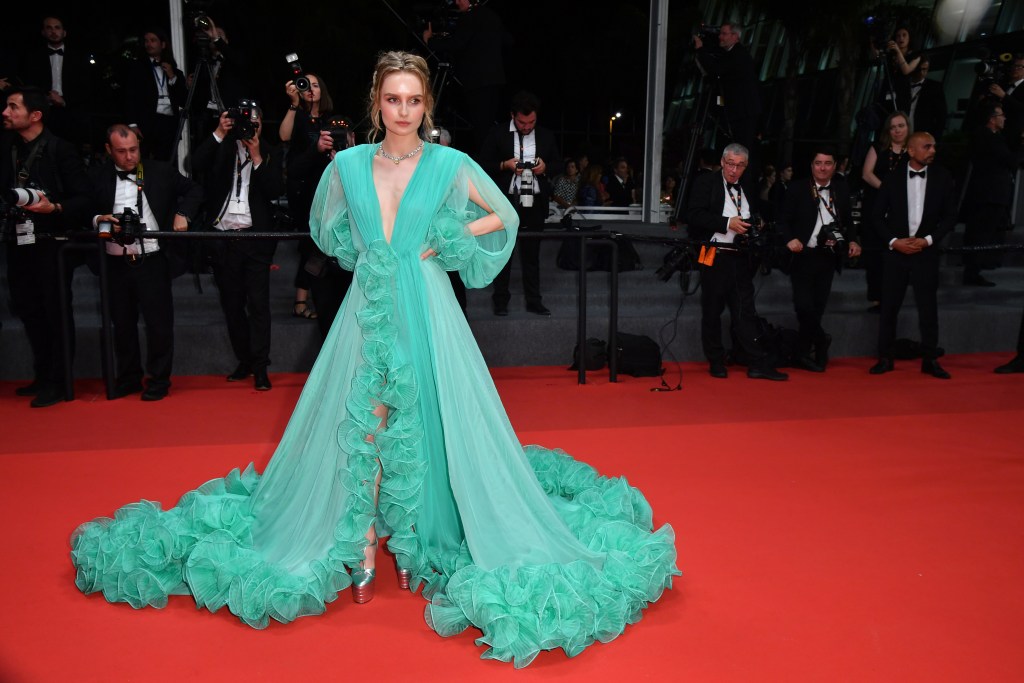 Olivia DeJonge has gone method this week – long after filming wrapped – at her next red carpet appearance for the musical biopic ELVIS. Last week the Australian actress attended a screening of the critically-acclaimed film at the DGA New York Theatre in Manhattan, hosted by director Baz Luhrmann and Anna Wintour. She seemingly paid homage to the King of Rock in a glittering power suit he’d be proud of.

The rising star opted for the Italian fashion house on the red carpet at Cannes Film Festival where she wore a billowing mint gown. When she returned to her homeland Down Under this month, she wore custom Prada at the Sydney Premiere. It should come as no surprise the press tour has been steeped in incredible ensembles, after all she emulates the gorgeous Priscilla Presley within the film.

In an interview with GRAZIA, the 24-year-old praised the woman for her authenticity. “Apart from being Elvis’ wife, she was so praised for, or looked up to, for the way she held herself and her style and her fashion and her makeup which was so authentic. This was in a time of no social media,” DeJonge said.

The costuming for the film (which featured 9,000 looks for extras) was the work of Catherine Martin. She and husband Baz Luhrmann worked with Miu Miu, Prada and Italian designer Miuccia Prada to reimagine particularly Priscilla’s clothing for a modern audience and on the red carpet, DeJonge is doing just that.