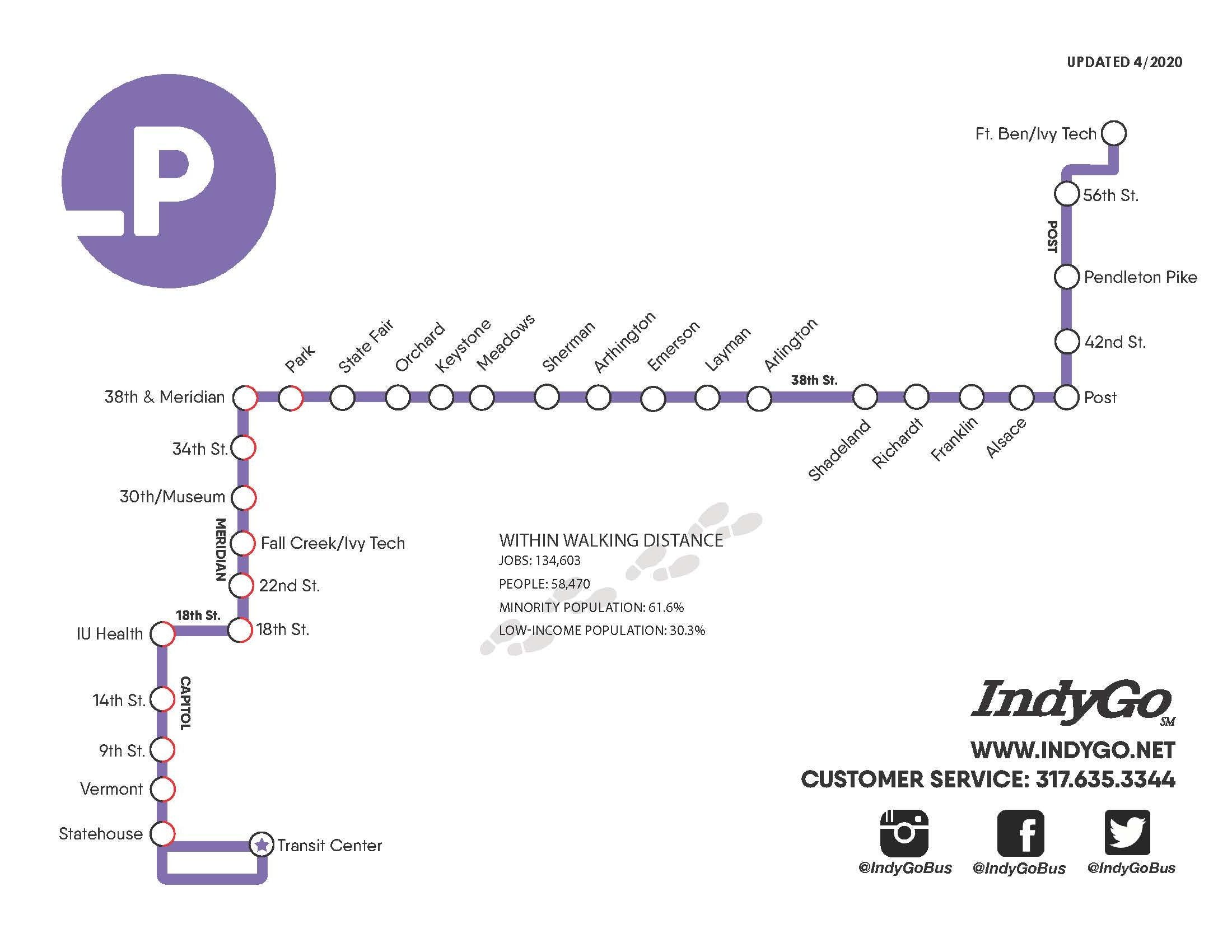 A mobile health care clinic at a downtown bus station had no issue attracting walk-ins.

Like 27-year-old Tationa Sims, a single mom out for a walk on a nice day with her 1-year-old son, Noah. She saw the RV parked at the Julia M. Carson Transit Center Tuesday afternoon and decided to see if the physician would fill some of her prescriptions, saving her from finding a ride to her nearest CVS.

Or Anthony Borter, 45, who luckily was already running early for work. He stepped off the bus at IndyGo’s downtown station around 4 p.m., saw the RV and thought of the weird itch on his arms that seemed to be triggered by leather couches.

“I can get this done and get back on the bus,” he said.

Others who saw flyers at the station earlier in the day or heard advertisements on IndyGo buses started lining up for the free services half an hour before it officially opened.

The RV came from Indianapolis-based Gennesaret Free Clinics, and it will return every Tuesday through October in a pilot partnership with IndyGo called “Wellness in Transit.”

Gennesaret has been providing permanent and mobile medical clinics to vulnerable populations in Indianapolis for decades, but those mobile clinics have been limited to early Saturday mornings. The provider is expanding mobile units to five locations in the city, and Executive Director Theresa Patterson sees the downtown transit center as potential to draw the most people in need.

She likens the grant-funded service to “glorified urgent care” — the physician has more than 100 medications on hand and the ability to treat and test for non-emergency ailments like infections, blood pressure, skin afflictions, sexually transmitted infections and more. The goal is to treat these problems before they develop into much bigger emergencies.

At a folding table outside the RV, patients check in with Charlie Brown, the driver and clinic coordinator who came out of retirement to help. They then get called inside to a modest abode: a small waiting room with plastic-lined leather couches and wooden cabinets stuffed with medications and equipment, a dining table-turned-work station for the physician, and a curtain-drawn consultation room in the back.

They leave with packages of snacks, hygiene kits, water, and bus passes, if they need. They don’t need insurance or money.

“It’s part of our mission of connecting people to educational and economic opportunity through mobility, through connectivity … and enhancing riders’ well-being,” IndyGo spokesperson Carrie Black said.

If they run into Mary Schwartz, 49, they might also get a Coalition for Homelessness Intervention and Prevention Handbook of Help, a listing of all of the resources available to unhoused or other vulnerable people in Indianapolis. Schwartz carries a bunch of them in her bag whenever she goes downtown so she can hand them out.

She was picking up a bus pass when she saw the mobile clinic. Though she has Medicaid and might not use the clinic herself, she stopped by to find out what kind of services it offers, so she can bring the information back to the Wheeler women’s shelter, where she’s staying.

“They have a lot of other girls that might use it,” she said.

The farm stand begins its fourth year at the downtown transit center on June 7 and provides locally grown food every Tuesday and Friday through October.. New this year, the food will be free to those who can’t afford to pay, Black said.

The mobile health clinic, too, is open to anyone, even those who have access to doctors elsewhere.

Joy Rashid, 55, heard about it on the news. She wanted to get a second opinion on the accuracy of her blood sugar meter.

“I basically cut out everything, I’m just eating like a bird, and my numbers are high,” she told Patterson while waiting in line.

“Let’s see if we can help you with that, alright?” Patterson said.