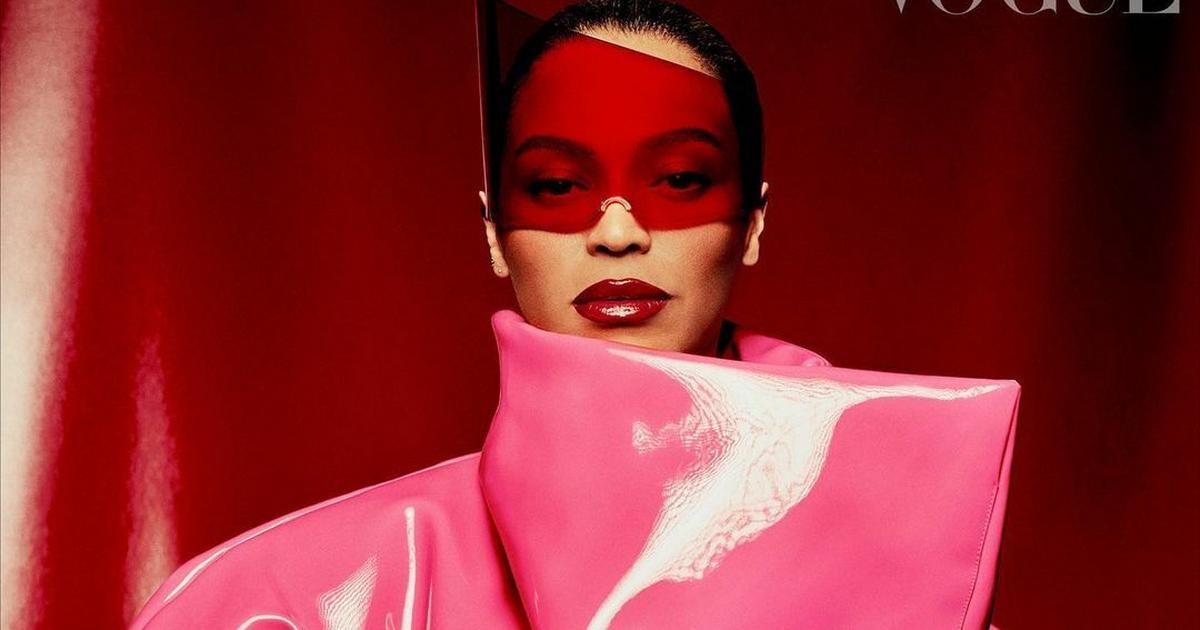 This Vogue cover is in anticipation of her next studio album, Renaissance. The renaissance period was a time of rebirth in art, culture and science and we can certainly see a lot of experimentation from the way the pictures were shot and the outfits she wore.

This photo shoot makes use of virtually all the colours in the rainbow through the lighting, disco, and kaleidoscope settings. Vogue describes the pictures as, “vision of glittering retro-futurism”.

For the cover, she is sitting on a white house wearing a black body suit, platform heels and an exaggerated head gear.

In one of the pictures, she is sitting on a disco ball wearing a silk corset, sequined leggings, and silk train, not to mention the platform heels, a vision from the 80s.

In another look, she goes fully goth in all black posing on a motorbike wearing black lipstick, a black patchwork leather jacket, vinyl leggings, boots, and a beaded leather headpiece.

The queen of RnB, she glistened in a dance hall setting in silver shorts, padded crop top from Adidas by Ivy Park, customised armour and shining boots from Dolce and Gabbana.

Looking like she is coming straight from a sci-fi movie, Beyonce is golden in a coat with a hoodie and gold jewellery from Swarovski.

The softest look of the entire shoot is Beyonce in this pink, floral leotard.

Beyonce looks like she stepped into the past, but as a futuristic version of the 80s. The entire photoshoot feels very experimental and edgy and we loved to see it!