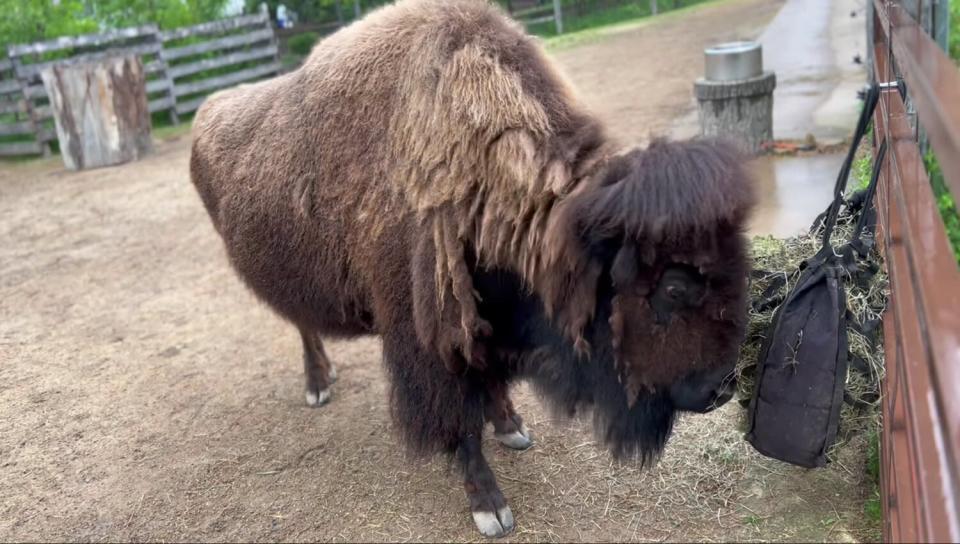 Henry Vilas Zoo is mourning the loss of a notable resident: Beefcake the bison.

On June 8, the zoo in Madison, Wisconsin, shared on Facebook that it decided to humanely euthanize Beefcake, one of the world’s oldest bison, a few days before his 25th birthday.

“We are heartbroken to announce that our male bison, Beefcake, was humanely euthanized yesterday morning,” the zoo wrote on Facebook alongside a video of the bison.

The decision was not made lightly. Beefcake’s health “had been closely monitored for months” before that animal’s death. During that time, his animal care team “was treating a variety of age-related health issues,” according to the Henry Vilas Zoo.

“Taking care of geriatric animals requires extra attention to detail. Older animals often have specific age-related health ailments, or are at a greater risk for injury,” the park added.

RELATED: Bison Calf Euthanized After Yellowstone Tourists Put It In Their Car To ‘Keep It Warm’

On Tuesday morning, Beefcake “was struggling to stand and the decision was made by our vet team in consultation with our keeper staff to humanely euthanize him.”

At the time of his death, “he was surrounded by over a dozen team members who cared for him throughout his life.”

The Henry Vilas Zoo also shared that Beefcake was “one of the oldest bison in the world,” surpassing the National Park Service‘s average life span of 10-20 years for wild bison by five years. Beefcake was set to celebrate his 25th birthday on June 9.

Although Beefcake did not make it to his 25th birthday, “his animal care team had already started making him a cake full of his favorite treats. We had planned on posting about how we take care of our bison herd for his birthday with videos of him getting some extra treats. We still wanted to share how our keepers take care of these iconic animals,” per the Henry Vilas Zoo.

The zoo’s Facebook post about the beloved resident closed with a final farewell: “Beefcake was an amazing ambassador for his wild counterparts and will be truly missed.”