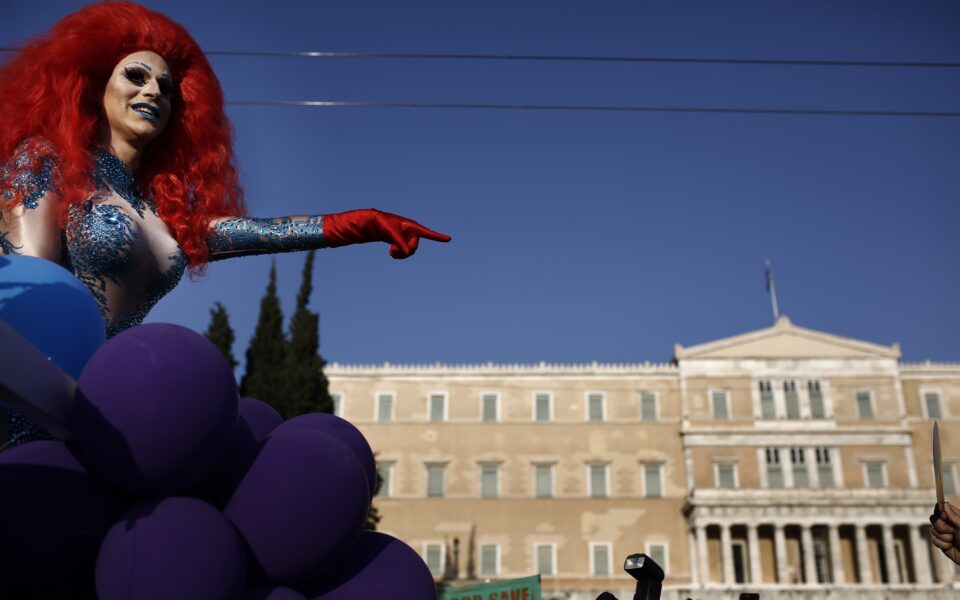 At Pride parades, anyone can wear whatever they want. Some wear feathers and others leather suits; some put on leggings and others wear thongs. Good for them, and no one has the right to forbid it. Only one outfit is not allowed: a police uniform.

When the European LGBT Police Association (EGPA) asked the 2022 Athens Pride organizers that its members be allowed to participate in Saturday’s parade, the reply was that “the police identity, whether in uniform or with any distinctive elements, has no place in Pride yet.” At the same time (in their magnanimity?) they state that the officers are welcome as “individuals.” In other words, the organizers are saying, “We do not care if some are police officers, as long as they do not provoke.”

The statement justifies the exclusion by arguing that “police often act on the basis of homophobic, sexist, racist, ableist and transphobic beliefs, violating basic human rights.” That is true and parades like Athens Pride help toward changing this reality. But the 22 police officers who openly declare their sexual orientation are also contributing to change.

The motto of this year’s parade is ‘Unconditional,’ which sounds like mockery when the organizers are setting conditions for participation

We do not know if the contribution of these officers to change is greater or less than the parade. It is definitely more admirable, because it is relatively easy for an artist to declare his homosexuality and much more difficult to open up to a group of homophobes, as the organizers of Athens Pride describe the police. And not only the Greek force, but the European ones as well, since the request was from the European LGBT Police Association.

The question, however, to the unionists of the gay community is different: Do they believe, like leftists and anarchists, that we should live in societies without a police force, or that the existing police force does not comply with its legal obligations? If they believe the former, they are right to reject “police identity” in general.

One question remains: Where should their members, who are often victims of violent behavior due to their sexual identity, resort to if they are attacked? However, if they believe the latter, then why are they holding a grudge against that very part of the police that, with its limited power, is trying to make the force friendly to the LGBTQI+ community?

The motto of this year’s parade is “Unconditional,” which sounds like mockery when the organizers are setting conditions for participation, particularly ones that concern appearance.